The Dharma Realm Buddhist Association is committed to being a good interfaith neighbor in a religiously plural modern society. The founder, Venerable Master Hua, encouraged his disciples to avoid any trace of contention or discord among religions, even instructing us to change the name of Buddhism to “the teaching of wisdom,” so that Buddhism would not be perceived as a contending school among the other faiths. For Master Hua, harmony among religions was the first step towards harmony among nations and essential for a just and peaceful world. 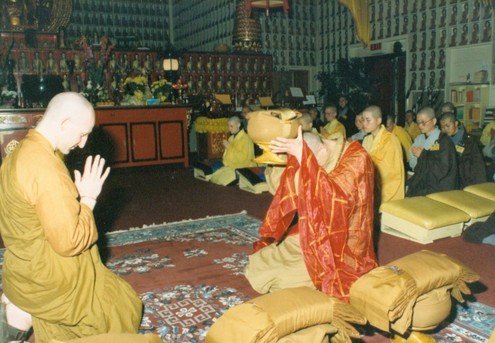