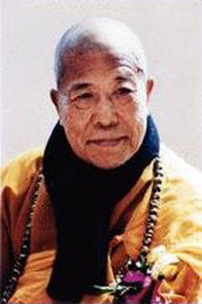 One of the most eminent Chinese Buddhist masters of the twentieth century, the Venerable Master Hsüan Hua (Xuanhua,1918-1995) was a monastic reformer and the first Chinese master to teach Buddhism to large numbers of Westerners. During his long career he emphasized the primacy of the monastic tradition, the essential role of moral education, the need for Buddhists to ground themselves in traditional spiritual practice and authentic scripture, and the importance of respect and understanding among religions. To attain these goals, he focused on clarifying the essential principles of the Buddha’s original teachings, on establishing  a properly ordained monastic community,  on organizing and supporting the translation of the Buddhist Canon into English and other languages, and on the establishment of schools, religious training programs, and programs of academic research and teaching.

Born in 1918 into a peasant family in a small village south of Harbin, in northeast China, the Venerable Master was the youngest of eight children. His father's surname was Bai, and his mother's maiden name was Hu. His mother was a vegetarian, and throughout her life she held to the practice of reciting the name of the Buddha Amitabha. When the Venerable Master formally became a Buddhist, in his mid-teens, he was given the Dharma name Anci (“Peace and Compassion”), and after becoming a monk, he was also known as To Lun (Dulun -- “Liberator from the Wheel of Rebirth”). Upon granting him the Dharma-seal of the Weiyang (also pronounced Guiyang) Chan lineage, the Elder Chan Master Xuyun (1840-1959) bestowed upon him the Dharma-transmission name Hsüan Hua (Xuanhua  — “Proclaim and Transform”).

When the Venerable Master was a child, he followed his mother's example, eating only vegetarian food and reciting the Buddha's name. When he was eleven years old, upon seeing a dead baby lying on the ground, he awakened to the fundamental significance of birth and death and the impermanence of all phenomena. He then resolved to become a monk and practice on the Buddhist Path, but he acquiesced to his mother’s request that he not do so until after her death. When he was twelve, he obtained his parents’ permission to travel extensively in search of a true spiritual teacher.

At the age of fifteen, the Venerable Master went to school for the first time, and when he was sixteen, he started lecturing on the Buddhist Sutras to help this fellow villagers who were illiterate but who wanted to learn about the Buddha’s teachings. He was not only diligent and focused but possessed a photographic memory, and so he was able to memorize the Four Books and the Five Classics of the Confucian tradition. He had also studied traditional Chinese medicine, astrology, divination, physiognomy, and the scriptures of the great religions. When he was seventeen, he established a free school, in which, as the lone teacher, he taught some thirty impoverished children and adults.

At the age of eighteen, after only two and a half years of schooling, he left school to care for his terminally ill mother.  He was nineteen when she died, and for three years he honored her memory by sitting in meditation beside her grave in a hut made of sorghum stalks. During this time, while reading the Lotus Sutra, he experienced a profound awakening. Subsequently, while seated in deep meditation, he had a vision of the Sixth Chan Buddhist Patriarch Huineng (638–713 CE). In his vision, Master Huineng came to visit him and to give him the mission of bringing Buddhism to the Western world.

At the end of his period of mourning, the Venerable Master took as his teacher Chan Buddhist Master Changzhi, and he entered Three Conditions Monastery as a novice monk. Chan Master Changzhi subsequently bequeathed to him the Dharma of the Jinding Pilu Chan lineage. During this time, the Master devoted himself not only to meditation but also to the study of the Buddhist scriptural tradition and to the mastery of all the major schools of Chinese Buddhism.

After a period of solitary meditation in the Changbai Mountains, the Master in 1946 began the long journey to the south of China. In 1947, he received full ordination as a monk at the Buddhist holy mountain Putuoshan. In 1948, after over two thousand miles of travel, the Master arrived at Nanhua Monastery and bowed to Chan Master Xuyun (1840-1959), China’s most widely revered enlightened master. From him the Master received the ‘mind-seal’ certification, verifying his awakening, and later a more formal transmission of the Dharma of the Weiyang lineage of the Chan School.

In 1949 the Master left China for Hong Kong. There he taught meditation, lectured on the Buddhist Sutras, and sponsored their printing. He also commissioned the making of images of Buddhas and Bodhisattvas, and aided monastic refugees from mainland China. During these years in Hong Kong, he also built Western Bliss Garden Monastery (Xi Le Yuan), established the Buddhist Lecture Hall (Fojiao Jiangtang), and rebuilt and renovated Flourishing Compassion Monastery (Ci Xing Si).

In 1962, he traveled to the United States at the invitation of his Hong Kong disciples who were then living in the San Francisco Bay Area, and he began lecturing at the San Francisco Buddhist Lecture Hall (Sanfanshi Fojiao Jiangtang), which had been previously set up as a branch of the Hong Kong Buddhist Lecture Hall (Xianggang Fojiao Jiangtang). As the community at the Buddhist Lecture Hall in San Francisco grew, both in size and in diversity, the institution’s name was changed to the Sino-American Buddhist Association. In 1970, the Venerable Master moved from Chinatown to the newly established Gold Mountain Monastery (Jinshan Si) located in the Mission District of San Francisco. In 1975, the Master established the organization’s first branch monastery—Gold Wheel Temple (Jinlun Si) in Los Angeles; and in 1976 he established the new headquarters as well, the City of Ten Thousand Buddhas (Wan Fo Cheng) in Ukiah, California. Then in 1984 the organization’s name was changed from the Sino-American Buddhist Association to the Dharma Realm Buddhist Association.

In the summer of 1968, the Master began the intensive training of a group of Americans, most of them university students. In 1969, he astonished the monastic community of Taiwan by sending there, for complete ordination, two American women and three American men whom he had ordained as novices. They were the first Americans of that period to become fully ordained Buddhist monks and nuns. During subsequent years, the Venerable Master trained and oversaw the ordination of hundreds of individuals, both Asians and Westerners who came to California from every part of the world to study with him. These monastic disciples now teach in the twenty-three temples, monasteries and convents that the Venerable Master and his disciples founded in the United States, Canada, Australia, and several Asian countries.

The Venerable Master was determined to transmit to the West the correct teachings of Buddhism, and he categorically rejected what he considered to be corrupt practices that had become widespread in China. He guided his disciples in distinguishing between genuine, scripture-based practices that were useful and in accord with common sense, as opposed to ritual superstitions that were unwholesome cultural accretions.

Although he understood English well and spoke it when necessary, the Master almost always lectured in Chinese. His aim was to encourage his Western disciples to learn Chinese and his Chinese disciples to learn English, so that together they could help to fulfill his wish that the Buddhist Canon be translated into other languages. So far, the Buddhist Text Translation Society he founded has published well over a hundred volumes of translations, including several of the major Mahayana Sutras with the Master’s commentaries.

As an educator, the Venerable Master was tireless. At the City of Ten Thousand Buddhas, he established formal training programs for monastics and for laity, elementary and secondary schools for boys and for girls, and Dharma Realm Buddhist University. From 1968 to the early 1990’s he himself gave lectures on Sutras at least once a day, and he traveled extensively on speaking tours. Responding to requests from Buddhists around the world, the Venerable Master led delegations to Hong Kong, Taiwan, India, Southeast Asia, and Europe to propagate the Dharma. He also traveled to Burma, Thailand, Malaysia, Australia, and South America. His presence drew a multitude of the faithful everywhere he went. He was also often invited to lecture at universities and academic conferences.

The Venerable Master was a pioneer in building bridges between different Buddhist communities. Wishing to heal the ancient divide between Mahayana Buddhism and Theravada Buddhism, he invited distinguished Theravada monks to the City of Ten Thousand Buddhas to share the duties of full ordination and transmission of the monastic precepts, which the two traditions hold in common.

He also insisted on inter-religious respect and actively promoted interfaith dialogue. He stressed commonalities in religious traditions, above all their emphasis on proper and compassionate conduct. In 1976, together with his friend Paul Cardinal Yubin, who had been archbishop of Nanjing and who was the Chancellor of the Catholic Furen University in Taiwan, he made plans for an Institute for World Religions that came to fruition in Berkeley in 1994.

In 1990, at the invitation of Buddhists in several European countries, the Venerable Master led a large delegation on a European Dharma tour, knowing full well that, because of his ill health at the time, the rigors of the trip would shorten his life. However, as always he considered the Dharma more important than his very life. After his return, his health gradually deteriorated, yet, while quite ill, he made another major tour, this time to Taiwan, in 1993.

In Los Angeles, on June 7, 1995 at the age of 77, the Venerable Master left this world. When he was alive, he craved nothing, seeking neither fame nor wealth nor power. His every thought and every action were for the sake of bringing true happiness to all sentient beings. In his final instructions he said: “After I depart, you can recite the Avatamsaka Sutra and the name of the Buddha Amitabha for however many days you would like, perhaps seven days or forty-nine days. After cremating my body, scatter all my remains in the air. I do not want you to do anything else at all. Do not build me any pagodas or memorials. I came into the world without anything; when I depart, I still do not want anything, and I do not want to leave any traces in the world. . . From emptiness I came; to emptiness I am returning.”
Dharma Realm Buddhist Association